A fan who went crazy about Karisma Kapoor’s beauty asked, ‘Will you marry again?’ got interesting answer 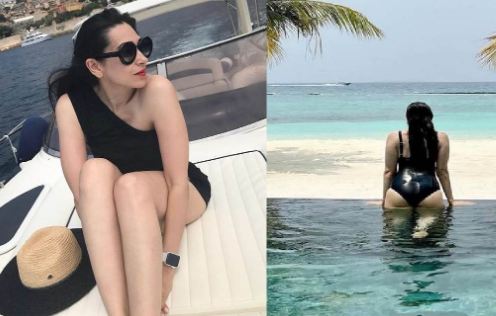 New Delhi, JNNl Karisma Kapoor On Remarriage: Today is Karisma Kapoor’s birthday. Social media has been flooded with congratulatory messages. These include many actresses like Malaika Arora and Kareena Kapoor. Now Karisma Kapoor took the questions of the fans in an interactive session. A fan impressed by her beauty asked, ‘Are you going to get married again?’ Responding to this, Karisma Kapoor wrote, ‘It depends’.

Viral Bhayani has shared a post on his Instagram. With this he has written, ‘During an Instagram session, a fan asked Karisma Kapoor if she would marry again. Her reply was diplomatic and funny.’ To this many people reacted. The one has written, ‘I am ready but will do the destination wedding.’ While one has written, ‘Favorite heroine, Karishma is still very beautiful.’ While another wrote, ‘It is her own choice’. Has written, ‘It is their own decision.’ One has written, ‘If someone gets rich, he will make sure.’

Karisma Kapoor is a film actress. She has worked in many films. Her films have been well-liked. She is also very active on social media. She often shares her hot and bold pictures and videos. Karisma Kapoor recently made a comeback about it. She was very excited too.

Karisma Kapoor will soon be seen in a project called Brown