After India, Russia has also done this work for China, Saudi Arabia is left behind 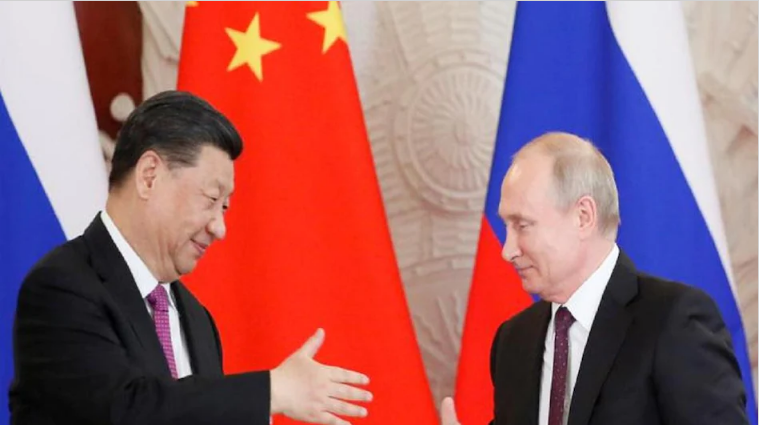 Crude oil trade between Russia and China is increasing rapidly. Given European sanctions, Russia is offering oil to China at concessional rates. Due to this, Russia has overtaken Saudi Arabia to become the largest supplier of crude oil to China.

India is not only buying oil from Russia at a record level, but China is also not behind in this matter. Oil trade between China and Russia has increased to a record high. It is being said in media reports that Russia has become China’s largest oil supplier. Russia has overtaken Saudi Arabia in terms of oil exports to China. Due to Western sanctions on oil, Russia is selling crude oil to China at concessional rates, due to which there has been progressing in the oil tray between both countries.

According to the BBC report, Russian oil imports have increased by 55 percent in May to a record level compared to a year ago. Earlier, China used to buy most of the oil from Saudi Arabia, but now Russia has taken this place. China has shown a boom in oil purchases from Russia despite the demand for Kovid sanctions and a slowing economy.

Several Chinese companies, including Chinese refining company Sinopec and state-run Zhenhua Oil, have increased their purchases of Russian crude in recent months. European countries and America have imposed sanctions on Russian oil for the invasion of Ukraine, due to which Russia is offering huge discounts on crude oil to countries like China, India, etc.

Petroleum exports are an important source of revenue for Russia. Russia is being affected by sanctions, as well as Western countries have also suffered due to it. However, despite a decline in exports in May, Russia generated nearly $100 billion in revenue from fossil fuel exports in the first 100 days of its invasion of Ukraine, the BBC reported.

Of this entire export of Russia, 61 percent of the import was done by the European Union countries, which was worth about $ 59 billionBuyers

Buyers of Russian oil have become limited amidst many restrictions. This is the reason why some countries like India are getting oil at a great discount.

Indian oil refineries bought about 25 million barrels of oil from Russia in May. This is more than 16 percent of India’s total oil imports.

According to reports, the import of crude oil from Russia by the sea to India has also increased. For the first time in April, the share of Russia’s oil in India by sea was five percent. In May, most of the oil was exported from Iraq to India. Saudi Arabia has now reached third place after Russia came in second place.