Commonwealth Convention: India-Pakistan foreign ministers may face-to-face in Rwanda, know what is the whole matter 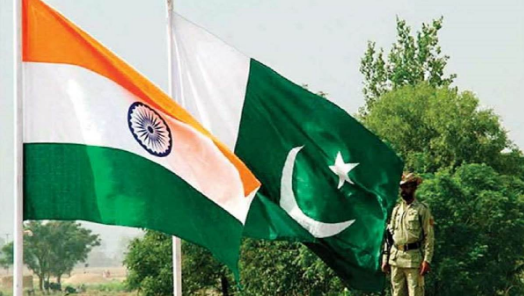 Joint documents will also be issued between Commonwealth countries on issues such as improving children’s health, urbanization and living. The Ministry of External Affairs has said that during this meeting, the External Affairs Minister will have bilateral talks with many foreign ministers of other countries.

Jagran Bureau, New Delhi. After a long time, the foreign ministers of India and Pakistan will be on the same international platform. The forum will be the Commonwealth Conference, which is going to be held in Rwanda’s capital Kigali from 23 to 25 June. External Affairs Minister S Jaishankar will also attend the meeting.

Pakistan will be represented by Minister of State for External Affairs Hina Rabbani Khar. In such a situation, the question is arising whether any formal or informal talks between Jaishankar and Khar are possible? Looking at the relations between the two countries, a direct answer to this question has not been received, at least from the foreign ministries of both the countries.

After coming to power, Pakistan’s new PM Shahbaz Sharif and Foreign Minister Bilawal Bhutto have talked about improving relations with India. In view of this, speculations are being made for a meeting between the Foreign Ministers of India and Pakistan in the Commonwealth Conference.

It has been told by the Ministry of External Affairs that Jaishankar will be on a visit to Kigali from June 22 to 25. He will lead the Indian contingent at the Commonwealth Heads of State meeting.

The meeting is being organized every two years. Jaishankar will also participate in the meeting of foreign ministers of Commonwealth countries on June 23. This time in the Commonwealth meeting, apart from the current challenges facing the world, issues like environment, food security, health security are going to be specially discussed.

A joint declaration will be issued after the meeting. Joint forms will also be issued between Commonwealth countries on issues such as improving children’s health, urbanization and living. The Ministry of External Affairs has said that during this meeting, the External Affairs Minister will have bilateral talks with many foreign ministers of other countries.

But after the arrival of the Shahbaz Sharif government, talks have started with the Joe Biden administration. On the other hand, Foreign Minister Bilawal Bhutto has said many times that there is a need to improve economic relations with India. Anyway, in the past, the role of a meeting in a third country has been very important in breaking the tension in the relations between India and Pakistan.