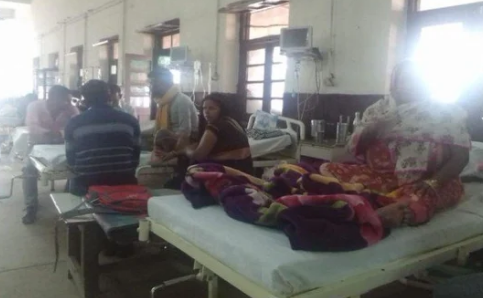 The risk of dengue has started increasing with Corona in Delhi. Record cases have been registered so far this year. The weekly report of MCD has revealed that there is a steady increase in dengue cases in Delhi. This year 159 people have come under the grip of dengue.

The cases of dengue, a mosquito-borne disease, are increasing continuously in the country’s capital Delhi. Many people have fallen prey to it. The Municipal Corporation of Delhi on Monday released a report showing the total dengue cases for this year and the cases for the month of July.

According to municipal data, 159 people have been affected by this in Delhi this year. At the same time, only 16 cases were registered in July. The weekly report on mosquito-borne diseases, released by the MCD on Monday, showed that there is a steady increase in dengue cases in Delhi. Najafgarh and West Delhi have recorded the maximum number of cases.

Awareness campaign against mosquitoes
In view of the cases, MCD has intensified public awareness campaign. Under which anti-mosquito medicine is being sprayed after visiting the houses.