Five base camps in the 35 km track of the toughest Shrikhand Yatra, see the enthusiasm of the devotees in pictures 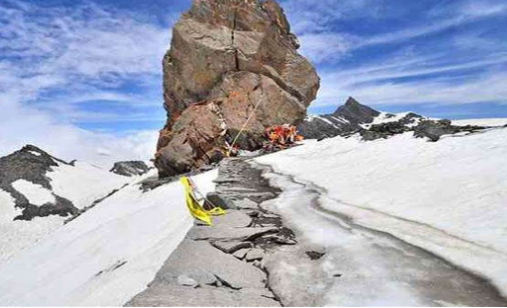 Aani (Kullu), Dialogue Assistant. Shrikhand Mahadev Yatra 2022, one of the toughest journey of Himachal Pradesh Shrikhand Yatra started on Monday morning. Situated at an altitude of 18,570 feet, only people between the age group of 18 to 60 years will be able to undertake Shrikhand Yatra. The first batch of Shrikhand Mahadev Yatra left on Monday. No one will be allowed to travel from 4 in the evening to 5 in the morning. The journey will continue till July 24. No one will be allowed to travel without registration and health check-up certificate. Till 9 am, 293 devotees got registered. Health check-up of 160 people was also done at Sinhgad Base Camp.

After medical examination and registration in the base camp Sinhagad, permission will be given to go on the journey. The registration fee is Rs 200. Five base camps have been built in Sinhagad, Thachadu, Kunsha, Bhimdwari and Parvatibagh during the Yatra. No passenger will proceed from Parvatibagh after 12 noon. Medical, rescue police teams will be deployed under a sector magistrate in the base camp. 20 health workers, 30 police personnel and 40 members of the rescue team have been deployed in each camp. It has been called upon to bring essential medicines, glucose, dry fruits, stick, warm clothes and shoes, torch along with them during the journey.

During the journey, there is often a lack of oxygen at altitude while climbing. In such a situation, the Health Department has made elaborate arrangements for oxygen for the convenience of the people. 10-10 oxygen pumps have been delivered at every stop. Seven cylinders are also kept at Base Camp Sinhagad.

To reach Shrikhand Mahadev, small vehicles and buses can be reached from Rampur in Shimla district via Nirmand in Kullu district to Bagipul and Jaon. From where you have to cover a distance of about 35 km on foot. Shimla to Rampur – 130 kms, Rampur to Nirmand-17 kms, Nirmand to Bagipul 17 kms, Bagipul to Jao is about 12 kms away.

ADM Kullu Prashant Sarkai says that Shrikhand Mahadev Yatra has officially started. The first batch of pilgrims left from Sinhagad base camp. No one will be able to travel without registration and health check-up certificate.