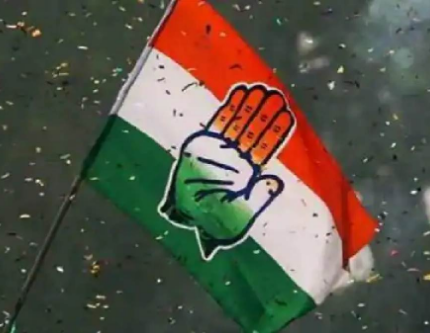 Goa Political Crisis 2022 Congress MLAs have rebelled in Goa. There is talk of the disappearance of five MLAs. It is being told that five Congress MLAs can join the BJP. Party leader Mukul Wasnik has been sent to Goa.

Panaji Agency. After Maharashtra, now there is a political upheaval in Goa. For the last 10 years, there has been a rebellion in the Congress, away from the power of the state. There is talk of some MLAs joining the BJP, who had vowed not to switch sides with the Congress four months ago. Actually, the party is not able to contact with five Congress MLAs.

Congress has come into active mode amid reports of party MLAs switching sides. Congress interim president Sonia Gandhi has sent party leader Mukul Wasnik to Goa. Apart from this, the party has sent five MLAs to an unknown place. The MLAs who have rebelled from the party are Michael Lobo, Digambar Kamat, Kedar Naik, Rajesh Faldesai and Delilah Lobo.

Congress’ Goa in-charge Dinesh Gundu Rao addressed the journalists on Sunday. “BJP is trying to create division in our party. Efforts are on to break our eight MLAs. Huge amounts of money have been offered to many MLAs. I am surprised by the amount offered, but our 6 MLAs stood firm, I am proud of them.

Rao further said that only some of our leaders had conspired with the BJP that the Congress party in Goa should be weakened and defected. This conspiracy was led by two of our own leaders, Leader of the Opposition in the Assembly Michael Lobo and Digambar Kamat. Both these people were working in complete coordination with the BJP. BJP wants to eliminate the opposition.