IMF did not give any loan to Pakistan despite ‘dancing to its tune’: Home Minister Rana Sanaullah 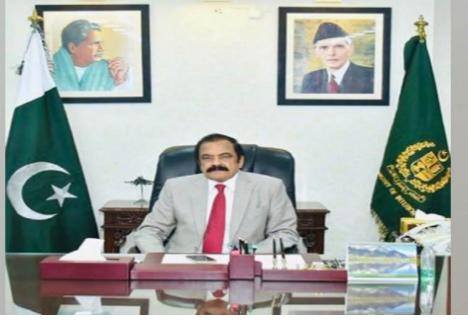 Pakistan is going through an economic crisis at the moment. It doesn’t seem to be getting any help from the IMF either. Home Minister Rana Sanaullah said that despite making the country dance to its tune, the IMF did not give any loan.

Islamabad, ANI. Pakistan’s Interior Minister Rana Sanaullah said on Sunday that the International Monetary Fund (IMF) did not release the tranche for the USD 6 billion bailout package under its Extended Funds Facility, despite the country dancing to its tune. In response to a question about the IMF, Sanaullah said that the government has also accepted the conditions, which we were not in favor of.

The previous government did nothing but take revenge.

Referring to the previous government led by the Pakistan Tehreek-e-Insaf (PTI) regime, Sanaullah said the country was ruled by a group that did nothing but take revenge.

Will borrow on a large scale sir