IND vs IRE: Hardik Pandya will be the third captain to play against Ireland, did the previous tour as a player 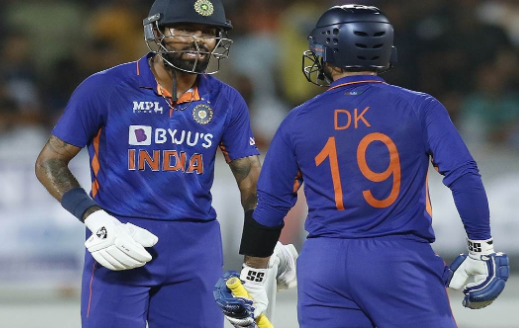 IND vs IRE Team India will play under the leadership of Hardik Pandya for the two-match T20 series. Pandya will be the third Indian captain to play against Ireland. Earlier, Team India has played against Ireland under the captaincy of Dhoni and Kohli.

New Delhi, Online Desk. Every T20 match is important for Team India in view of the T20 World Cup. In such a situation, Ireland tour can also prove to be a good platform for Team India to try their players. On this tour, Hardik Pandya, who has proved his captaincy in the IPL, has been given the command of the team. Pandya will be the third captain of Team India who will take on Ireland.

The team has played under the captaincy of Dhoni and Kohli

Earlier, Team India has clashed with Ireland twice and each time the team has won. For the first time both the teams met in the 2009 ICC World T20 where the team was led by MS Dhoni. India had a target of 113 runs in that match, which they easily achieved by losing 2 wickets on the basis of Rohit Sharma’s half-century innings.

Team India tour of Ireland in 2018

Apart from this, Team India toured Ireland in the year 2018 under the captaincy of Virat Kohli and won the two-match T20 series 2-0. Team India won by 76 runs in the first T20 and by 143 runs in the second T20.

Hardik was a player on the last tour

Hardik Pandya played as a player on the last Ireland tour but on this tour he is the captain of Team India. However, he was not so successful on the last tour. He played 6 runs in the first T20 and 32 runs in 9 balls in the second T20 and took 1 wicket.

Keep an eye on these players on this tour

Arshdeep Singh and Umran Malik, who are awaiting their debut against South Africa, may get a chance in the last eleven on this tour. Apart from this, Sanju Samson is also going to return to the team from this tour. Before the World Cup, he would also like to perform well in this series to present his claim.