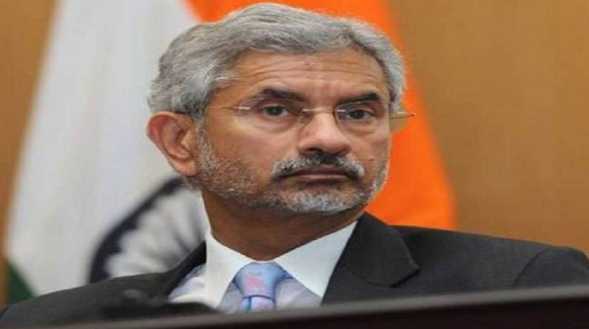 S Jaishankar Jaishankar arrived in Kigali on Wednesday on a four-day visit to attend the 26th Commonwealth Heads of Government Summit (CHOGM). He will represent Prime Minister Narendra Modi at the summit. Jaishankar tweeted saying-

Kigali, Pretr. External Affairs Minister S. Jaishankar met his counterparts from Tanzania and Solomon Islands in Kigali. He discussed ways to enhance bilateral cooperation in various fields with the Foreign Ministers of both the countries. Jaishankar arrived in Kigali on Wednesday on a four-day visit to attend the 26th Summit of Commonwealth Heads of Governance (CHOGM). He will represent Prime Minister Narendra Modi at the summit. India is one of the largest contributors to the Commonwealth and has assisted the organization with technical assistance and capacity building.

Jaishankar tweeted after the meeting-

Jaishankar tweeted after the meeting on Friday, ‘Met with Jeremiah Manele, Foreign Minister of Solomon Islands during CHOGM 2022. Cooperation in energy, information technology and agriculture sector was discussed. After meeting with Tanzania’s Foreign Minister Liberta Mulamula, she tweeted: “Discussed our development partnership that will transform people’s lives. Its results are clearly visible in the fields of water, agriculture and education. Our growing defense and security relationship was also reviewed. On the sidelines of the summit, Jaishankar also met Prime Minister of Mauritius Pravind Jugnauth.

Earlier, Jaishankar also met Presidents of Maldives and Uganda Ibrahim Solih and Yoweri Museveni. He discussed extensive bilateral cooperation with both the leaders in this meeting. Not only this, Jaishankar also met Prime Minister of Singapore Lee Hsien Loong and then met Abdullah Shahid, President of the United Nations General Assembly. In addition, he met his counterparts from the UK, Namibia, Jamaica, Sierra Leone and Cyprus to discuss a number of regional and global issues with them.