Many veteran Indian players, including Rohit Sharma, piled up in the first innings of the practice match, will they be able to win the Test match against England like this? 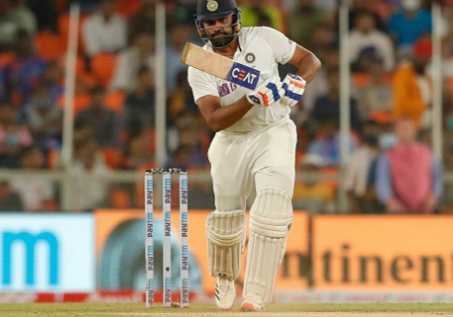 Rohit Sharma faced 47 balls in the first innings and scored 25 runs with the help of 3 fours but he was caught by Roman Walker. Shubman Gill, who opened the innings with Rohit, also did not show much.

New Delhi, Online Desk. India has to play a Test match against England from July 1, but before that the Indian team is playing a four-day practice match against Leicestershire. In this match, the Indian team led by Rohit Sharma decided to bat after winning the toss, but this decision of the captain did not show in the favor of the team and Team India lost its opening 5 important wickets for 81 runs. The four batsmen who lost their wickets in quick succession included skipper Rohit Sharma as well as Shubman Gill, Hanuma Vihari, Shreyas Iyer and Ravindra Jadeja.

Four top batsmen, including the captain, disappointed in the first innings

Team India’s four best batsmen were very disappointed against Leicestershire. Indian captain Rohit Sharma, who performed poorly in IPL 2022, faced 47 balls in the first innings and scored 25 runs with the help of 3 fours, but he was caught by Roman Walker. At the same time, Shubman Gill, who started the innings with Rohit in this match, also did not show much amazing and played an innings of 21 runs off 28 balls with the help of 4 fours and got his catch to Rishabh Pant off Will Davis.

Hanuma Vihari, who came to bat at number three for the team, played an innings of three runs off 23 balls and became the second victim of Roman Walker. On the other hand, Shreyas Iyer was caught by the famous Krishna off his ball at the hands of Rishabh Pant. Shreyas Iyer faced 11 balls and could not even open his account. Ravindra Jadeja also scored 13 runs in 13 balls with the help of 2 fours and was dismissed leg before by Romwakar.

Let us tell you that four Indian players are playing for Leicestershire in this match, including Cheteshwar Pujara, Rishabh Pant, Jasprit Bumrah and famous Krishna. However, the most important thing here is that if the same game continues for Team India’s batsmen, then it will be difficult for them to win the Test match against England.