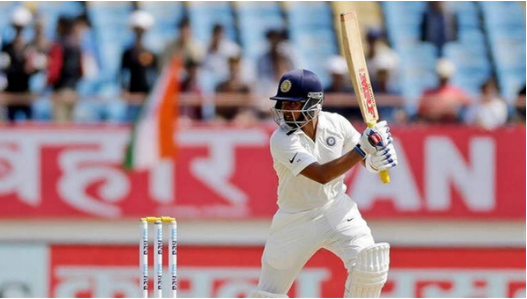 It is basically a contest between the warriors of Mumbai and the battlefields of Madhya Pradesh in which no team would like to slack off. Madhya Pradesh head coach Chandrakant Pandit has taught his team not to settle for less than a championship, but the Mumbai players, under Amol Majumdar’s coaching, put in a more dominant performance towards the end of the season. On paper, Mumbai’s team appears to be a strong contender for the title. Sarfaraz Khan has taken his game to a completely different level by scoring over 800 runs in just five matches.

Yashasvi Jaiswal is such a young player who is as serious about the longer format as he is about playing in the IPL for Rajasthan Royals. His hunger for runs comes from three centuries in four innings of the quarter-finals and semi-finals. Prithvi Sha is a batsman who adopts strategy like Virender Sehwag to dominate any attack. Mumbai also has Armaan Jaffer, Suved Parkar and Hardik Tamor who know how to take advantage of the opportunity. Mumbai have always had a formidable batting line-up that can trouble the opposition, but this time their two spinners were left-arm spinner Shams Mulani (37 wickets and 292 runs) and off-spinner Tanush Kotian (18 wickets and 236 runs). He has done well not only in bowling but also in batting.

Madhya Pradesh, however, has been one of the best team in recent times and it is only through disciplined performance under Pandit’s supervision that they have reached the finals of tournaments like Ranji Trophy. In the absence of Venkatesh Iyer batting and fast bowler Avesh Khan in the bowling, players like Kumar Karthikeya, Himanshu Mantri and Akshat Raghuvanshi played their part well. Apart from these, Mumbai will have to be most cautious of Rajat Patidar who is capable of turning the match around with his batting. Madhya Pradesh have two good spinners in Karthikeya and Sarshan Jain who can create trouble for Mumbai’s batting.