Ration portability program implemented in 36 states of the country, ration can be found anywhere at subsidized rate 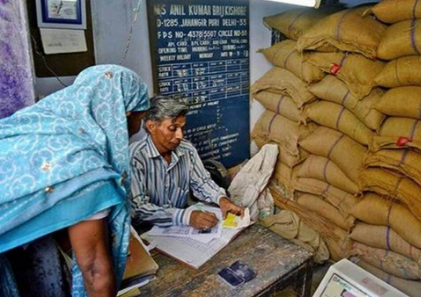 Finally, Assam has also joined the Central Government’s One Nation One Ration Card (ONORC) program. The Food Ministry said that with this the ration portability program has been implemented across the country. ONORC beneficiary can get subsidized food grains from POS holder ration dealer.

New Delhi, Pretr. Finally, Assam has also joined the Central Government’s ‘One Nation, One Ration Card’ (ONORC) program. The Food Ministry said on Tuesday that with this the ration portability program has been implemented across the country. Under the National Food Security Act 2013 (NFSA), an ONORC beneficiary can obtain subsidized food grains from any Point of Sale (POS) holder ration dealer. For this, the beneficiary will have to get the biometric identity verified.

Assam becomes the last state to join One Nation, One Ration Card program

The ministry said that Assam is the 36th state/union territory to be a part of ONORC. With this, this program has been implemented in all the states and union territories. The ONORC program was started in August 2019. The Ministry said that the Ration Portability Program has been instrumental in ensuring the availability of food grains at subsidized rates to the NFSE beneficiaries. Especially in the last two years, during the Corona epidemic, it has helped the migrant workers a lot. Since 2019, around 71 crore transactions have been done under Ration Portability. In this, food grains worth about 40 thousand crore rupees have been made available at subsidized rates.

At present, an average of 30 million portability transactions are taking place every month. In this, subsidized rate of NFSA and free food grains under PM Garib Kalyan Anna Yojana (PMGKAY) are being provided to the beneficiaries. The ministry said that 64 crore portable transactions have taken place in the Corona period since April 2020, in which food grains worth Rs 36 thousand crore have been made available at concessional rates. Out of 64 crore portable transactions, 27.8 crore have taken place under PMGKAY. This scheme was announced in March 2020 to help people in Corona.