Russia Ukraine Crisis: Ukraine asks allies for more weapons for the war in the eastern Donbass 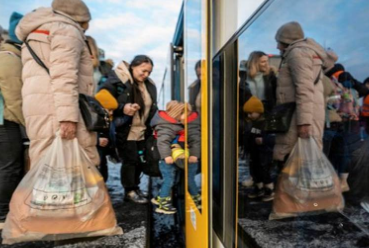 Russia does not appear to be in the mood for a deal at the moment. President Vladimir Putin has said that fuel prices have skyrocketed because of sanctions against Russia over its attack on Ukraine in February.

Kyiv, Reuters. Ukraine has sought more weapons from allies to bolster its military in the midst of Russia’s intensifying attacks in the eastern Donbass. On the other hand, Ukraine’s chief negotiator Mykhailo Podolik has said that the war is about to take a new turn, as Russia has had to stop its military operation due to supply disruptions and losses.

grain received by ukraine
Putin’s top diplomat, Sergei Lavrov, met with Western counterparts at the G20 meeting in Indonesia on Friday. During this, Western countries demanded from Russia to allow the export of grain to Ukraine, citing the increasing hunger in the world. On the other hand, the Russian ambassador in London said that the chances of withdrawal of troops from Ukrainian territory controlled by Moscow are slim. Andrei Kaelin said Russian troops could also capture the rest of the Donbass in eastern Ukraine. “Ukraine will have to compromise, otherwise its cities and villages will continue to be ruined,” he said.

Ukraine urges people to evacuate Russian-held areas
Amid heavy bombings in the eastern and southern regions, Ukrainian authorities are urging their citizens to evacuate Russian-held areas so that Ukrainian troops can retaliate without hesitation. Ukraine’s Deputy Prime Minister Irina Vereshchuk has announced that there is going to be a fierce war with Russia in the southern region. attacked. The Russian army is moving towards the border Donetsk. “We are trying to stop the Russian army at the border,” he wrote in a Telegram post. Last week, Russia announced the occupation of Lisichansk in the Ukrainian stronghold of Luhansk. Analysts believe that the Russian army will have to take a break for the time being, but so far no announcement has been made to stop the operation.