Russia Ukraine War: Russia and NATO face to face with Lithuania, know what is the whole matter 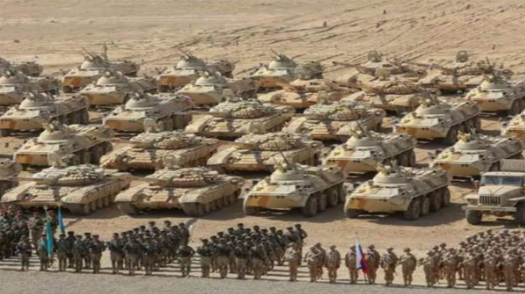 New Delhi, Jn. The tension between the North Atlantic Treaty Organization (NATO) between Ukraine and Russia is increasing. Russia’s foreign minister has called on NATO member Lithuania to immediately lift the openly hostile sanctions imposed on Kaliningrad. The special thing is that this warning of Russia has come at a time when Lithuania has banned goods going by rail to Kaliningrad, Russia’s nuclear military fortress surrounded by NATO countries. Russia’s Kaliningrad city, located between the European Union and NATO countries Poland and Lithuania, imports goods from Russia via rail. Not only this, the supply of Kaliningrad gas is also done through Lithuania. The Baltic country, Lithuania, announced last week that it was going to ban goods on the list of EU sanctions imposed on Russia by rail to Kaliningrad.

Indeed, Koenigsberg was founded by the Teutonic Knights in 1255. This place later passed under the control of the German army. It is equally famous for the philosopher Immanuel Kant. Kant lived his entire life in Koenigsberg. The place is also associated with the famous philosopher Hannah Arendt. Here, as in the rest of Europe, war and peace dismantled local ethnic composition and political boundaries. East Prussia broke away from Germany after the First World War with the creation of the free check of Danzig and the establishment of the Polish Corridor.

This part remained under Germany until the end of World War II. The Soviet Red Army had captured this part after defeating Germany. Later, the division of the region between Poland and the Soviet Union was agreed upon at the Yalta Conference. After this, both countries gave formal recognition at the meeting of the Big Three (Russia, America and Britain) in Postdam in 1945. Stalin made the city of Koenigsberg and its surrounding areas a part of Russia. Stalin later renamed it in honor of the chairman of the Posidium of the Supreme Soviet and the head of state of the Soviet Union, Mikhail Kalinin.

The Russians were resettled after the Germans were driven out

Kaliningrad had a large population of Germans, Polis, Lithuanians and Jews. Seeing this as a threat, Stalin started expelling the Germans from this area. After this, the Soviet Union launched a special campaign to settle the Russian people in the whole area. During this time, efforts were made to erase all traces of German heritage in Kaliningrad. The region recovered from its Soviet heritage after the fall of communism, benefiting from a special economic package from the Russian government in 1996. The strategic importance of Kaliningrad has increased significantly during the recent tensions.

Kaliningrad is Russia’s important military base against NATO

For Russia, Kaliningrad is such a military base, which can overwhelm the whole of Europe. Russia can completely block the movement of European and NATO countries in the Baltic Sea from this place. If there is a future war with NATO, Kaliningrad will be an important launchpad for Russian operations. That’s why the Russian army is rapidly increasing its military power in Kaliningrad. During the ongoing Special Military Operation in Ukraine, the exercise of nuclear missile strikes from this military base is also being seen as a direct challenge to NATO.

These sanctions from Lithuania will stop 50 percent of imports from Russia in Kaliningrad. Kaliningrad is an impregnable fortress of Russia, which is strategically very important due to being exactly in the middle of Europe. Recently Russia conducted a nuclear strike exercise in Kaliningrad itself. Kaliningrad is spread over an area of ​​about 223 square kilometers. The Russian military has conducted strike exercises in Kaliningrad with the nuclear-capable Iskander missile. The Iskander missile system was first deployed in the region in 2016. Many European countries including Germany come in the range of this missile. The Baltic Sea Fleet of the Russian Navy is headquartered in Kaliningrad and it is believed that Russia has nuclear weapons here.