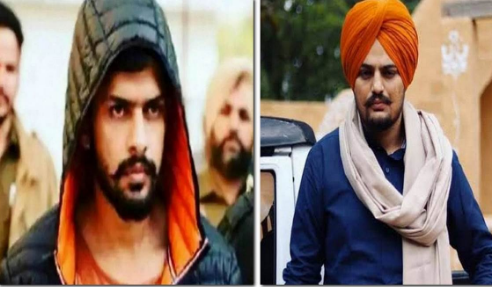 Sidhu Moose Wala Murder: The Mansa court has extended the police remand of gangster Lawrence Bishnoi till June 27 in connection with the murder of Punjabi singer Sidhu Moosewala. After the completion of the seven-day remand period, the police produced Lawrence in the court late in the night.

Manasa, Jnn. Sidhu Moose Wala Murder: Police remand of gangster Lawrence Bishnoi, who was brought from Delhi on transit remand to Punjab in connection with the murder of Punjabi singer and Congress leader Sidhu Moosewala, is reported to be extended till 27th Janu. He was presented in the Mansa court late night. Court approves extension of remand period of Lawrence Bishnoi till June 27. It is said that the police once again took him to Kharar CIA staff office.

Bishnoi, who was brought on transit remand from Delhi’s Patiala House Court, was produced in Mansa Court after seven days of police remand. Bishnoi was kept in the Kharar CIA staff office for seven days after the police got the remand. Amidst tight security arrangements, he was brought to Mansa Court for production.

The police demanded the court to extend Lawrence’s remand. According to sources, the police argued that Lawrence is yet to be questioned further. He is not giving direct answers to many questions. After this, the court extended Lawrence’s police remand till June 27.

It is noteworthy that Punjab Police had brought Lawrence to Punjab on transit remand from Patiala House Court in Delhi and was produced in Mansa court. At that time the court sent him on seven days remand. After getting the remand, instead of interrogating Lawrence in Mansa, he was taken to Kharar CIA staff.