The craze of NCC cadets; The youth of Chandigarh are more excited to join the army than Punjab, Haryana and Himachal, see these figures 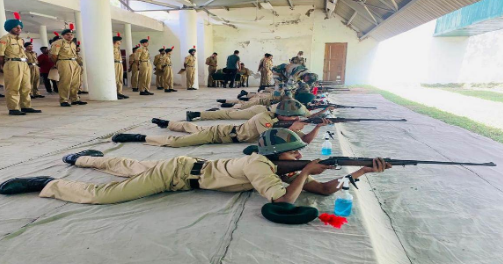 The youth of Chandigarh are more crazy for National Cadet Corps (NCC) Cadets. Because cadets with NCC’s C certificate get a special reservation to go to the three services (Jal Forces Air Force Army) of the country.

Vikas Sharma, Chandigarh. National Cadet Corps (NCC) cadets get priority in the Indian Army. Cadets with NCC’s C certificate get a special reservation to go to the three services (Jal Force, Air Force, Army) of the country. Because of this, there is a lot of craze among the youth to make NCC cadets in Chandigarh.

At present, there are 24 government, 18 private schools and 27 colleges in Chandigarh with NCC wings. More youth of Chandigarh are becoming NCC cadets as compared to Punjab, Haryana and Himachal Pradesh. Presently there are 5579 NCC cadets in Chandigarh. In this, 2553 cadets are approved and registered in Senior Division (Boys) and Senior Wing (Girls). On the other hand, 2926 are approved in Junior Division, while 3026 are registered. Which is 100 more than the sanctioned cadets.

Col Umakant Sharma, CO of Chandigarh NCC Battalion said that there is a lot of enthusiasm among the youth of the city to join the army. Youth come in large numbers to enroll themselves, but we have a limited number of cadets sanctioned. We cannot register more cadets than this number. The youth feel that joining NCC will help them in army recruitment.

Lieutenant Nikhilesh Thakur, Associate NCC Officer, Army Wing said that at present, there are 160 cadets in Sector-10 DAV College, Chandigarh. There are 100 cadets of the Air Force and 50 of the Navy. There are total 310 cadets of NCC. All these cadets want to become military officers. Due to having C certificate of NCC, this year college student Pushpendra Singh has directly joined the army as a lieutenant.

This is the current status of cadets

NCC wing in so many schools

NCC wing in so many colleges