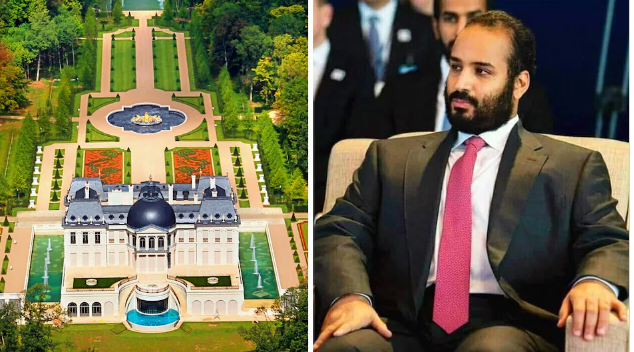 Mohammed bin Salman Story: Saudi Arabia’s Crown Prince Mohammed bin Salman has to face a lot of criticism, but despite this, not only is the power of the entire country in his hands, but he has also made many powerful friends abroad.

Joe Biden is very powerful, he is both merciless and messiah for the people who did not want to meet MBS
Mohammed bin Salman Al Saud MBS Story: Mohammed bin Salman Al Saud… you must have heard this name. They are also known as MBS. Who is currently running the most powerful country of the world. That too at just 36 years old. Here we are talking about the Crown Prince of Saudi Arabia, Mohammed bin Salman. The matter is not very old, it is only last week… when US President Joe Biden himself visited Saudi Arabia to meet MBS. Yes, the same Biden who was talking about punishing MBS during the US presidential election campaign. He directly blamed MBS for the murder of American citizen and originally Saudi Arabian journalist Jamal Khashoggi.

You will also be surprised to know that Biden has said in the past that he would never want to meet the Crown Prince, but he would only meet the King. But due to the rising oil prices due to the Russo-Ukraine war, he had to bow to Saudi Arabia. He wants Saudi to increase the production of oil, so that oil prices can come down a bit. For this, he not only held a meeting with the same MBS but also clicked pictures with whom he had never intended to meet. This thing proved the power of MBS in front of the world. That is, in front of this person, even the President of a superpower country like America has been forced to bow down.

Biden and MBS met on July 15 at the Saudi Royal Palace in the city of Jeddah. Biden said last month that he would not hold a one-on-one meeting with Crown Prince MBS when he visits the King and other regional leaders. But the whole world saw both of them meeting each other. MBS became Biden’s host and controlled his entire tour. Most importantly, analysts say, MBS was given a nod in every respect from the US president. Whether it is guarantees to boost oil production, staying strong with the US against Russia or China, or normalizing relations with Israel.

For those who have watched MBS continue to rise under his father’s reign, it comes as no surprise that the Crown Prince’s handling of each and every matter with utmost care. You can get an idea of ​​how skilled MBS is in running the country, from the fact that his 86-year-old father King Salman has chosen only MBS for the Crown Prince among his other children. He is their 7th son, born to his third wife. The king did not even choose his experienced brother or elder sons.

King Salman ascended the throne of Saudi Arabia in 2015. He then appointed MBS as Crown Prince in 2017. While as his successor, powerful names like Muqreen bin Abdulaziz and Mohammed bin Naif were at the top. Now MBS is the country’s Crown Prince, Minister of Defence, President of the Royal Court and Head of the Supreme Political and Development Councils and has since become the de facto ruler of Saudi Arabia. When King Salman was asked about his decision, he reportedly said that MBS is the only one among all his sons who are “ruthless”, so he can live in a country with all the centers of power and a large royal family. enough to control.

The appointment of MBS as the Crown Prince was a matter of great surprise to everyone. Because neither he had military training, nor did he study abroad, while his brothers in ministerial positions have studied abroad. MBS has studied law from King Saud University. While one of his brothers has a PhD from Oxford University and another is a Saudi Air Force pilot and astronaut. However, after taking office, he also remained cruel.